Lyon is reckoned to be the gastronomic capital of France. The standard of eating there is second to none, and if you have only 48 hours in Lyon, restaurants will surely feature! It's also a beautiful city, with plenty of cultural heritage and shopping opportunities. So if you're wondering what to do in Lyon, read on!
Unlock now our short break offer and benefit from a discount up to 30% with The Originals Hotels!

For centuries, travellers have come to Lyon in search of good food. Lyonnaise cuisine is magnificent, hearty and inventive and its focus on regional ingredients means that the quality is always paramount. Lyon has over 4000 restaurants, like Le Grand Réfectoire, often serving local specialities like duck paté, sausage, freshwater fish and superb cheeses.

Visitors who explore Lyon can get a culinary education at the Cité Internationale de la Gastronomie, which details Lyon's food culture and history. If you need a break from food, you can sample the artworks at Musée des Beaux-Arts.

Lyon is also home to some architectural gems. The splendid Cathédrale Saint-Jean is located in the historic Vieux Lyon. Vieux Lyon is one of Europe's largest Renaissance districts and a great place to explore on your weekend in Lyon. It's close to Fourvière hill and its Basilica, with fantastic views over the city.

If you're wondering where to stay for your Lyon city break, we have some suggestions. The Originals Access, Hotel de la Loire, Hotelo Lyon Ainay, for example, is situated in the heart of the city. It's a simple hotel that offers great warmth and hospitality.
Just a few minutes from the centre, you may prefer The Originals City, Hotel Éclipse, Lyon East or The Originals City, Hotel Dau Ly, Lyon East. They're both conveniently located for the airport and offer tranquillity and comfortable relaxation.

Or you could try the holiday apartments at The Originals Residence, Hotel Westlodge, Lyon North. Here, the fully-equipped kitchenettes will allow you to prepare your own Lyonnaise cuisine!

If you like to indulge in fine food, architecture and shopping, plan a city break in Lyon! 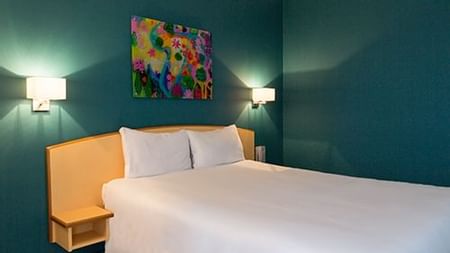 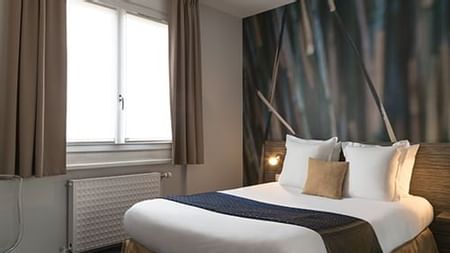 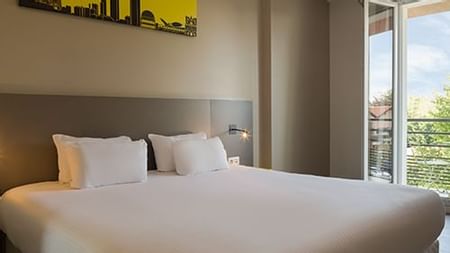