If you want to explore King Arthur's forest in France, this area west of Rennes is where you'll find it! The 40 square kilometres of woodland is said to be home to the Forest of Brocéliande, where many Arthurian tales took place.

Wondering what to see in Brocéliande Forest in Brittany? Start with the Fontaine de Barenton, which is said to bring rainstorms. The Fountain of Eternal Youth is hidden nearby - but only those with a pure heart can find it!

Within the forest you'll also find the legendary home of the Lady of the Lake, beside the Château de Comper. This castle, which looks like it came straight from a fairytale, houses an Arthurian museum which is perfect for kids.

The enormous mossy boulders of Huelgoat Forest make it seem otherworldly, so it's no wonder it has inspired so many legends. Visit the Devil's Grotto if you dare - but be warned, the path down to this secretive spot is narrow and slippery!

According to Celtic legends, the boulders in the forest were thrown here by an angry giant. More myths say that King Arthur camped here, in the Grotte d'Artus, and even buried treasure somewhere in the forest. Will you be the first to discover his legendary hoard?

The Lost City of Ys

The Lost City of Ys features in the legend of the Celtic King Gradlon and his rebellious daughter Dahut. This drowned city, which was swallowed by the ocean, is said to have been located in the Baie de Douarnenez.

You probably won't find the lost city - but the windswept beaches and rugged landscapes of Douarnenez are sure to inspire you, anyway!

Where to stay in Brittany

The Originals Access, Hotel Rennes West is ideal for visiting King Arthur's Forest. This funky hotel has a design inspired by 1950s Americana - but don't worry, the food is all French!

In Douarnenez, stay at Clos de Vallombreuse, The Originals Relais. Its connecting rooms make it ideal for family groups, and it offers breathtaking views.

The Originals City, Ara Hotel is a great, budget-friendly option in Landerneau. Bright and modern, it's a great base for exploring the mythical land of Brittany. 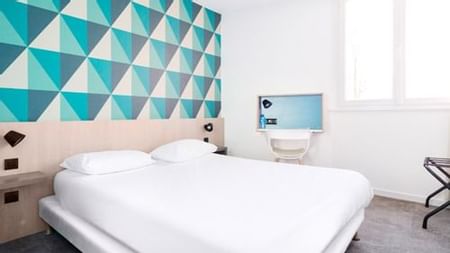 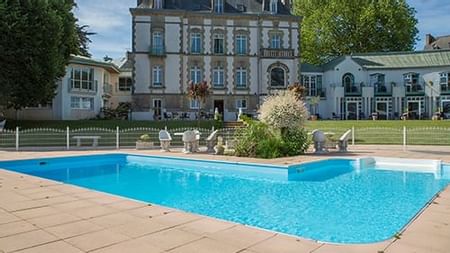 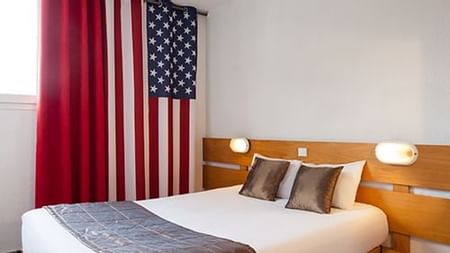